During the course of this past year the City of Newport Beach has taken three significant steps that serve to increase the risk to the residents and visitors of the communities that make up this city.

Initially, the urban search and rescue squad (US&R) was removed from service for undisclosed reasons. Following this action, the fire prevention division of the fire department was removed from the daily oversight of fire service professionals and placed in the community development department. Finally, the daily staffing of firefighters was reduced by three on the Balboa Peninsula, an area of the city that often experiences the lion’s share of public safety calls for service due to its proximity to the beach, alcohol serving establishments, and the nature of high density residential development.

Each of these actions has had a specific impact on the ability of the Newport Beach Fire Department to meet the service needs of the community. Taken in total, the combined impact of all three actions will potentially lead to negative and measurable influences in terms of response time and emergency incident capability, as well as long term impacts on the fire resistive nature and emergency response access to new building development.

The National Fire Protection Association (NFPA) develops standards for issues related to community fire protection. These standards are consensus based by public and private entities and can be supported by data developed by recognized organizations. Several of these standards speak directly to the changes made in Newport Beach, and serve in a predictive nature to the influences such changes may have on the capability of the local fire and emergency defensive framework.

NFPA standard 1710 establishes the number of career firefighters committed to a fire company, i.e., engine, truck or other special service resource based on need. Often there are many issues that come into play when making this determination such as local policy, available funding, and Federal law relating to respiratory protection. Information on firefighter fire ground performance can be found in a study published by the International Association of Firefighters (IAFF) and the National Institute for Standards and Technology (NIST). Each of these publications speak to the benefit of having a minimum number of firefighters (staffing) on engine and truck companies to perform task level work in a timely fashion when operating at the scene of an emergency. When the City of Newport Beach reduced its daily staffing on the Balboa Peninsula, a first-due reporting district that includes many fire service challenges, such as a large regional hospital complex, numerous residential high rise occupancies, significant inland and boating waterways and a high traffic volume state arterial highway. All of these developments and infrastructure are emergency service challenges that correlate to the need for enhanced staffing on local fire department emergency service resources.

The removal of the fire prevention function from the stewardship of the chief of the fire department is specifically discouraged in an NFPA standard. Further, this was identified as a contributing factor noted in an independent investigation into the death of nine firefighters at the Super Sofa Furniture Store Fire in Charleston, South Carolina in 2007.

There has been no stated reason for these changes. Some have speculated that it is related to pension reform and the need to control the cost of providing service to the community. However, this idea is in contrast with the reality that during the same budget year the Newport Beach police department added six new employee positions. Another challenge to this theory is that the largest share of tax revenue in Newport Beach, property tax, has risen each year. This is especially true in the community of Newport Coast where property owners are subject to a greater percentage of taxation on assessed valuation, some of this specifically designated for fire protection service.

If there is a need to make these changes then it seems proper for those who control the levers of power to publish the decision and to provide context to the reasoning. The previous apparatus staffing levels and critical community resources survived the depths of the Great recession, so it appears that there other reasons for these changes than financial resources. Why punish the residents with a service reduction when economic times are on the upswing?

The outcome of these changes will be an increase in risk, illustrated by an increase in response time of specialized US&R resources from outside fire service jurisdictions based on availability. Additionally, the synergistic effect of staffing reductions and the decommissioning of the US&R squad will result in longer time-to-critical task completion at the scene of a fire, medical, or entanglement emergency. This additional time before a fire is suppressed, or a victim is rescued will be realized by a greater loss of property, as well as increased public and firefighter injury. While this is difficult to dispute, it can be challenging to measure.

One tenant of the fire service is that time is of the essence, and any action that serves to increase response time and resource capability should be carefully considered in an open and transparent fashion. This tenant is no less important in a City that prides itself on local government transparency. 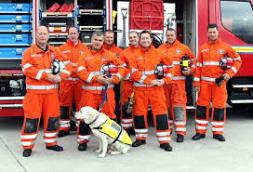 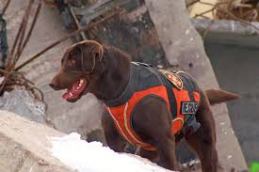