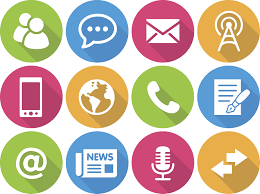 Based on research, most children will likely have a smart phone by age ten.  Assuming that most people carry their personal phone with them most of the time, this information can be instructive for the purposes of public safety deployment relating to need, surge capacity and deployment of fire, police, emergency medical services (EMS), and lifeguard posting.

The protection of the public is the prime mission of a public safety organization. Therefore, the location of people and the environment in which they live are the focus of the efforts to protect the greater public to the best of its collective ability, with reasonableness and with mindfulness to individual liberty. Recently, advancements in technology and the widespread use of cell phones have proven valuable in the understanding of the daily movement of people. If public safety providers can utilize this technology for the intelligent deployment of limited resources, then greater efficiencies could be realized.

Cellular phone technology is so named because each individual cell phone is linked to the greater system by a series of cellular towers that transmit the data between each other to the destination. These cellular phones are in constant communication with a tower using electromagnetic wavelengths.

Cellular phone providers are tasked with setting up a cellular network to provide coverage for their customers across the country and across the world. Cell phone towers in wide open areas can provide service for up to a 25-mile radius around the tower. However, in congested, dense cities with tall buildings, this requires a large number of cell phone towers that often only cover several city blocks. Large buildings, built from solid materials, unintentionally block cell phone signals, leaving the customer without service. Cell phone providers, therefore, try to cover every block and every direction, to provide smooth cellular coverage to their customers.

As you move around, and use your phone for various purposes, your movements are creating a record of the usage and your cell phone location. This is captured in what is referred to as a “Call Detail Record” and would be received from the service provider in response to a proper legal subpoena. When your phone attaches and reattaches to different cell towers as you move, it becomes possible to see in which direction your phone is traveling.

In order to more closely pinpoint your location, it is important to understand that a cell tower providing voice and text message service does not also provide data usage. So, if you are receiving text messages throughout your day, and also opening and closing a web browser or a mapping application, you are connected during those times to two different cell towers. Specifically, you are connected to two different sectors on two distinct cell towers. Where those coverage areas overlap, a reasonably good understanding of the city block where you are standing is known.

When you are attempting to use your phone, but there is a lack of signal strength, or you are blocked by a building, your phone remains aware of the closest available cellular tower for the purpose you need service (data or voice/text). The phone will continue to attempt to connect to the closest cell phone tower. The only time your movements and location are not being tracked is when your phone is completely turned off.

Realize that our phones are always operationally on and are constantly using data service to receive our emails, text messages, and calls. Often, we are opening and closing various applications that require data usage. This means that cell phone users are frequently connected to two different cell phone towers. Based on the sectors we connect to, and where those coverage areas overlap, the cell phone company, or a party who has served a subpoena for your call detail records can pinpoint your location closely. This is particularly true in a dense city location, where there are many, low-range cellular towers that cover only a couple of city blocks.

In the middle of a long drive through open and flat terrain, the cell phone towers cover much longer areas, and it is more difficult to pinpoint your location exactly. The call detail record would be able to track, generally, the direction of your travel, and what town you stop in. But, in the city, all of the constantly pinging cell phone towers keep close track of our movements and where we are at any given time.

For the purposes of the dynamic deployment of lifeguard personnel, using anonymized cell phone location data can be utilized in the intelligent understanding of when (time of day) and where (lifeguard tower) to deploy lifeguard rescue personnel. The mobile deployment of water rescue personnel in a patrol vehicle is done during periods of low numbers of beach visitors and few people in the open water, or when posted at a tower when beach occupancy rates dictate more water watchers in a stationary location (tower) to observe and pre-empt trouble.

Consider that available anonymized cellular phone location data technology can reliably be used to determine how many people visited the beaches, and the locations from where they came on any given day of the year. Additionally, using this data, managers can more precisely predict how temperature, holidays, weekends, school activities, economic environments and political influences affect the incidence of beach visitation, water rescues, preemptive actions, etcetera. Previous attempts to understand visitor counts were not scientific, and probably not as accurate as needed to achieve the desired efficiencies.

Utilizing anonymized cellular phone location data, and potentially leveraging artificial intelligence, the authorities having jurisdiction (AHJ) can move from the anecdotal to a reliable predictive operation. This is likely to have multiple levels of benefit in the administrative and operational domain, something that senior managers can use to more precisely devote limited tax resources. Less total staffing hours can lead to reduced personnel staffing dollars, less exposure to ultraviolet sun exposure for the employees, lower workers compensation claims, and most importantly, a potentially greater save rate for water rescue victims.

For the fire service, the situation is both static and dynamic. Fire protection, by nature, involves maintaining a capability to suppress fire in the developed and undeveloped environment based on a reasonable standard as determined by the AHJ. Understanding how fire may threaten life in a specific AHJ environment is instructive on where (distribution) and how many (concentration) of statically deployed (fire station) resources are staffed over the geographical landscape. Travel time is the uncontrollable metric in the total response time (TRT) three-part standard of call processing time, turnout time, travel time. Remember that while many calls for service may originate from the local fire station, the fire company is available nearly 24/7/365 and when the alarm is sounded all assigned units are obligated to respond without delay. So, travel time from the fire station matters and operationally indicate that the location of the facility should be in the middle of the initial service area, or first due. Cellular location data in this metric may not provide as much assistance beyond long range planning for the location of future fixed facilities like a fire station.

For the dynamic location of EMS companies, the anonymized cellular phone location data could be exceptionally valuable for the efficient deployment of ambulances and paramedic units. During a normally functioning economy, most people move during daylight hours toward their employment site in the morning (0600-0900) and back to their home at night (1600-1900). The traffic patterns of vehicles, subway systems and other modes of transportation reflect the dramatic movement of people during the normal workday. By analyzing these figures, EMS managers can forward deploy prehospital care resources to a location that will provide optimal travel time access to a patient. This could include staging an ambulance near a freeway on-ramp in the morning and late afternoon hours, and near any event that could expect large gatherings of people for commercial events and a civic rally.

Police protection is a much more complicated component in the discussion of dynamic deployment of resources. Because of the myriad of differing state and federal laws involving law enforcement access to anonymized cellular phone location data, it is important to limit data to that which does not involve personally identifiable information. Law enforcement is a closely scrutinized service that involves significant regulation and oversight by local, state and federal authorities. Much of the business of police work involves observation, response, intervention and investigation. The ability to enhance the efficiency and performance of law enforcement officers by police managers may include the use of anonymized cellular phone location data for the deployment of patrol, foot beat and special assignment personnel.

The deployment of law enforcement resources and personnel is dynamic, as deployed police officers are usually on patrol in a marked/unmarked vehicle or on foot/horseback. By understanding what motivates non-residents to travel into a community, the police managers can utilize the information provided in the anonymized cellular phone location data for predictive solutions to crime suppression, traffic control and management challenges.